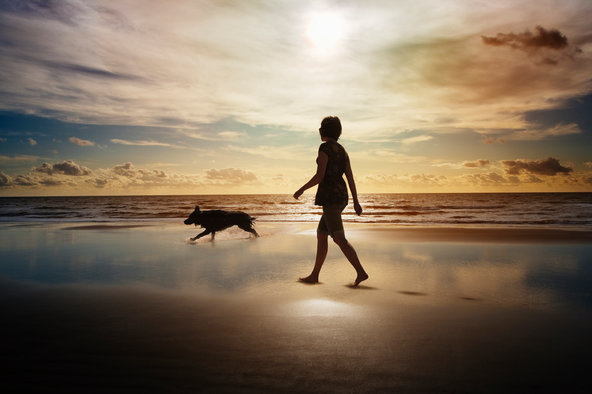 There is yet another good reason to exercise; research proves it reduces your risk for breast cancer. Physical activity, even walking is showing to be beneficial. In part, it seems activity changes how a woman’s body deals with estrogen.

There are two recent studies published in Cancer Epidemiology, Biomarkers & Prevention.  The studies drew from information gathered from more than 73,600 postmenopausal women, age 50 to 73, who enrolled in the study in the early 1990s. For almost two decades, they completed follow-up questionnaires every two years.

The questionnaires asked, among other things, for detailed descriptions of how the women spent their leisure time and in particular whether and how they exercised. About 9 percent reported never exercising. A few said that they exercised vigorously and often, typically by running, swimming or playing singles tennis.

But most walked, usually at a pleasant pace of about 3 miles per hour. About half of the group reported that walking was their only form of exercise.

Over the course of the study, 4,760 of the women enrolled developed breast cancer.

When the researchers cross-tabulated exercise regimens and medical records, they found that those women who walked at least seven hours per week, usually distributed as an hour a day, had 14 percent less risk of developing breast cancer than those who walked for fewer than three hours per week which is a significant reduction in risk.

Meanwhile, those few women who were the most active, sweating vigorously for up to 10 hours each week, realized an even greater benefit, with 25 percent less risk of developing breast cancer than those women who exercised the least.

“We think these results are very encouraging,” said Alpa V. Patel, a senior epidemiologist with the American Cancer Society and senior author of the study. “Walking is an easy, inexpensive type of exercise. Almost everyone can do it. And for this population of postmenopausal women, it provided a very significant reduction in the risk of breast cancer.”

Another intriguing study that looked at younger women, published in Cancer Epidemiology, Biomarkers & Prevention, helps to further illustrate how exercise may reduce breast cancer risk. For this experiment, scientists from the School of Public Health at the University of Minnesota divided several hundred sedentary, premenopausal women into two groups. One group remained sedentary, while the other began a moderate aerobic exercise program that continued five times a week for 16 weeks.

At the start and end of the four months, the researchers collected urine and tested it for levels of estrogen and various estrogen metabolites, the substances that are formed when estrogen is broken down by the body. Past studies have found that a particular ratio of these metabolites in a woman’s urine indicates a heightened risk of breast cancer during her lifetime.

In this study, those volunteers who remained sedentary showed no changes in the ratios of their estrogen metabolites after four months.

But among the group that began exercising, the levels of one of the metabolites fell and another rose, shifting the ratio in ways that are believed to indicate less chance of breast cancer. The women also lost body fat and gained muscle.

This finding, although derived from younger women, has implications for women of any age. As Dr. Patel pointed out, postmenopausal women produce estrogen, although in much smaller doses and primarily from fat cells and not the ovaries.

Exercise, by altering the ratio of estrogen metabolites and also reducing total body fat, may change the internal makeup of a woman’s body and make it harder for breast cancer to take hold.

But, of course, exercise, is not a panacea. Some of the women in Dr. Patel’s study who dutifully walked every day developed breast cancer. Many who rarely if ever exercised did not.

“There is still a very great deal that we don’t know” about how cancer of any kind starts or why it doesn’t, Dr. Patel said.

“But physical activity, and especially walking, are so simple and so accessible to most women,” she continued. “And statistically, they do seem to reduce breast cancer risk. So why not?”